I met my dad in 1997 (...) I was seven years old. He and my Mom had come to the US when I was one year old, so I had never met or lived with either. My sister and I (along with a bunch of strangers) went through the scary experience of crossing the border with a coyote from Central America to California, only to meet other strangers saying they are my parents. I felt such longing for my real mother (my Grandma) and my happy carefree childhood. It was a cold, dreadful winter when that childhood came to an end.

Soon after my sister and I arrived, my dad started drinking again. I say AGAIN because my mom said he hadn’t had been drunk all those years before our arrival. He would be drunk night and day, for weeks and weeks at a time. I'm talking walking-barefoot-to-the-nearest-liquor-store full-on drunk.  My parents would fight when he was sober. I mean, they still argued when he was drunk, but it was less "scary" because most of those times he was out of it.

Between March (when my sister and I arrived to the US) and August (when my youngest brother was born), my mom used to work overnights as a Housekeeper, so my sister and older brother (who’s another type of terror) stayed home alone with a drunk dad. I remember we had no money, and he wasn’t working at the time. My mom's church used to help us a lot. When my mom gave birth to my youngest brother, she was all alone at the hospital with a hemorrhage. She had to stay for a while, not knowing if she would survive. She had to have several blood transfusions. Meanwhile, my dad was off somewhere getting full-on drunk.

At one point, when things got worse at home, my mom took us (my sister, my newborn brother, and me) to a shelter. This part of my life is a blur, but I will revisit sometime.

The rest of my childhood memories are a concoction of fights, drunkenness, terror, loneliness, and sadness. Dad’s drinking was on and off – a few months sober, then drunk for a month. The detoxing days were complete misery for him. We took care of him, but the cycle always made its way back. He was never a violent drunk, it was just constant arguing and yelling. My mom called the cops on him one time, but he was out the next day. I got used to dread what the next day would bring. This state of flight or fight was a constant along with the anxiety that became part of my personality. Some people might describe me as a shy person, but they don’t know what hides behind that. This anxiety that still lingers now in my thirties.

Between his alcoholic episodes, being sick, and working, I never felt like I had a father. My mom and I never got close, she was never affectionate, and of course she was dealing with so much. I still don’t know how she did it. Now she says she stayed with him for us; she wanted us to grow up with both parents. The irony of it is that I clearly remember being 9 or 10 years old and praying to God that they would get a divorce so that everything would stop. I wish she had. I hated being home. Thank God for school. School was my escape, I loved school so much! I do feel sad for my youngest brother though; he never knew a happy childhood. He grew up in the middle of chaos, but my sister and I did our best to protect him. We pretty much raised him and gave him all our affection.

The takeaway from my childhood is knowing that I will never have any arguments with my future partner in front of my kids. I knew that I wanted my kids to grow up in a safe environment and give them all the love and affection I didn't have.

Thank you for listening. 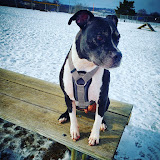